Dynamic Gates
The DFT is based on the developing of new gates, including Priority-AND (PAND) gate, Functional Dependency (FDEP) gate, Spare gate and Sequence Enforcing (SEQ) gate.
DFTs were developed based on SFTs with new types of gates, which are called dynamic gates.
The use of these new dynamic gates makes it feasible to involve time and cross dependencies in the calculations.

DFT Solution Methods
Several researches have been conducted on altering old approaches for solving DFTs.
Existing methods for solving DFTs are generally based on the mapping the DFT into a different model [5].
In general, solution approaches to solve a DFT, are classified to four different methods; including analytical, simulation based, diagram representation
and hybrid methods.
There are three classes of quantitative analytical models, which are used to solve a DFT [6]:

combinatorial approaches, which are unable to handle dynamic dependencies among the system components [13];

state-space approaches, which improve static models for modeling complex systems; but the statespace model of a system can be too large and it may require too much computation time [12], and

modular approaches, which are combination of previous approaches and mostly used for DFT analysis [1,8].

Most of these methods are particular for a special case and it is difficult to extend that solution method for other cases.
In addition, the complexity of the real systems requires the modeling of their reliability with realistic considerations, which suggests the use of analytical methods very grinding and effortful [7].

We are pleased to announce that the Reliability and Risk Division Committee has received the Gold award recognition for 2020. Measures included in the 2020 award program were: Contributions to ASQ thought leadership, as measured by myASQ content postings Member Engagement and Experience, as measured by myASQ activity and member increases Fiduciary responsibility, as measured 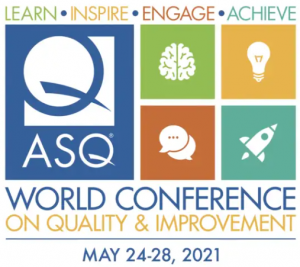 This website uses cookies to improve your experience while you navigate through the website. Out of these, the cookies that are categorized as necessary are stored on your browser as they are essential for the working of basic functionalities of the website. We also use third-party cookies that help us analyze and understand how you use this website. These cookies will be stored in your browser only with your consent. You also have the option to opt-out of these cookies. But opting out of some of these cookies may affect your browsing experience.
Necessary Always Enabled

Any cookies that may not be particularly necessary for the website to function and is used specifically to collect user personal data via analytics, ads, other embedded contents are termed as non-necessary cookies. It is mandatory to procure user consent prior to running these cookies on your website.

SAVE & ACCEPT
Scroll to Top

Thanks for following this webinar!

Enter the form to get the RU's you earned

Thanks for following this webinar!

Enter the form to get the RU's you earned